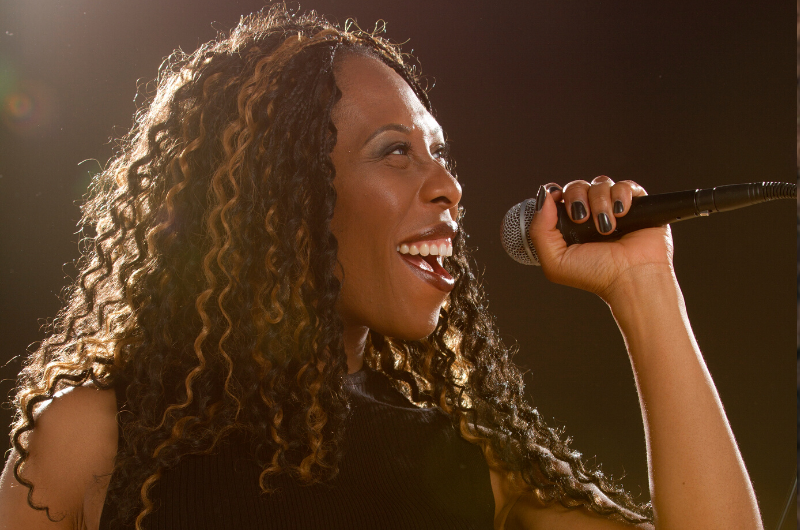 This phenomenal and expressive vocalist proves that you can live out your dreams through inspiring others. Quisha Wint is an accomplished songstress/performer/arranger/songwriter who unleashed her debut CD entitled “The Journey” in April 2012.

Quisha was born to sing and entertain. She grew up in a Jamaican/Canadian home listening to Reggae, Motown, Gospel, R&B, then expanded to jazz when she entered the well-known jazz program at Humber College in the mid ’90s. From there she embarked upon her dream of performing with well-known musicians, which took her to exciting overseas hotel engagements. Since then, Quisha has sung in many parts of Asia, Europe, North America, and Caribbean, leaving her audiences applauding and wanting more of this dynamic performer.

As one of Toronto’s sought-after session vocalists, currently living in the GTA, Quisha is a rising star in the tight-knit music industry thanks to her bright personality and strong emotive vocal abilities.

One of her extensive career highlights was when she was asked to sing with Jane Sibbery on her hit song “Calling All Angels” in the 2000 film “Pay It Forward” which stared Kevin Spacey, Helen Hunt and Haley Joel Osment.

In 2003, Quisha made it all the way to the Top 30 finalists of Canadian Idol’s first season and shortly after received a phone call from Jacksoul’s lead singer, the late Haydain Neale, to become his new backup vocalist. While on the road with Jacksoul, fans embraced her as her energy swept through the sold-out crowds. Quisha has also sung backgrounds for top artists JRDN, Kelly Lee Evans, Jarvis Church, Justin Hines, Matt Dusk, Maestro, Snow, to name a few.

You may have heard Quisha’s versatile chops on the Frosted Mini Wheats commercial singing “Stuck in the Middle with You” as the voice of Blueberry.

She has also embarked on an acting career and received her first role in Robin Givens (American actress) playwright entitled “Joy In The Morning” in October 2012.

Quisha has graced the stages at the 31st Annual BBPA Harry Jerome Awards and the ABLE Scholarship Awards recently and continues to sing for various events throughout the city of Toronto.

This beautiful and talented artist is a breath of fresh air in an industry over-saturated with pop culture. Quisha’s voice is mesmerizing and captures the soulful sounds of the legendary artists (Anita Baker, Whitney Houston, Chaka Khan, Aretha Franklin) who’ve paved the way before her.

While Canadian fans have received her debut CD with high acclaim, the world will soon follow suit because Quisha Wint is worth the wait!